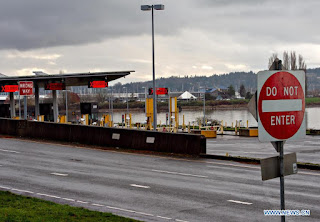 People meet at the Peace Arch Historical State Park, where a small portion of it is delineated along the Canada-United States border, during the Thanksgiving holiday on Nov. 25, 2020.

The US and Canadian border has remained closed to non-essential traffic since March due to COVID-19.

Canadian and American friends and relatives meet during the American Thanksgiving week along the border despite being separated by the border closure.

The Peace Arch Historical State Park straddles the border allowing people of both nationalities to meet during the pandemic border closure in effect since March. 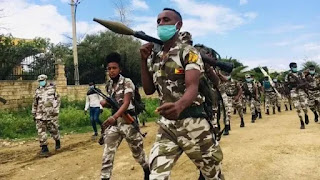 The Ethiopian military is launching an assault on Mekelle, capital of the restive northern region of Tigray, after the local ruling party rejected an ultimatum that they surrender within 72 hours.

This is according to a communiqué released on Twitter on Thursday by Prime Minister Abiy Ahmed Ali.

Earlier in the week, the government issued an ultimatum, giving the Tigray People’s Liberation Front (TPLF) 72 hours to surrender.

“The Ethiopian National Defense Forces have now been directed to conclude the third and final phase of our rule of law operations.

“In this final phase, great care will be given to protect innocent civilians from harm.

“All efforts will be made to ensure that the city of Mekelle, which was built through the hard work of our people, will not be severely damaged,” the statement reads.

The armed conflict in northern Ethiopia broke out earlier in the month after the federal government had accused the TPLF of attacking a local military base and launched a security operation against it. 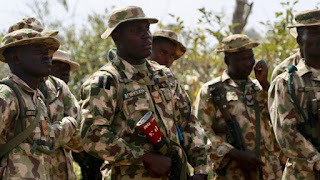 The Military says no fewer than 67 bandits, armed with very high calibre weapons, including Anti-Aircraft (AA) Guns, have been killed and several others injured in air interdiction missions executed by the Air Component of Operation Hadarin Daji at Birnin Kogo Forest in Katsina State.

The Military Spokesperson also added that, about 15 armed bandits were killed in air strikes conducted by the Air Component at Ajjah Forest in Zamfara State.

He said, "Both air strikes were carried out sequel to credible Human Intelligence (HUMINT) reports as well as aerial surveillance missions that led to the identification of the 2 forest hideouts, which housed scores of the armed bandits along with hundreds of rustled cattle".

"The Nigerian Air Force (NAF) fighter jets and helicopter gunships dispatched by the Air Component to attack the 2 locations took turns in engaging the target areas, scoring accurate hits on the caves, which are used by the armed bandits to shield themselves from air strikes", he said.

The Military High Command therefore commends the troops and other security agencies operating in the North West zone for their professionalism and urges them to remain resolute in order to eradicate all armed bandits.

The mobile courts were inaugurated by the Chief Judge of the FCT, Justice Ishaq Bello in April.

Programme Manager, NULAI Nigeria,  Mahmud Yusuf made this known at a Media Launch/Presentation of Study on COVID-19 Pandemic in Abuja on Tuesday. 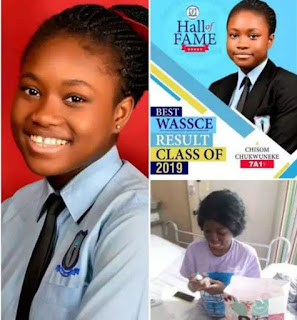 A teenager who got 7A1s in the 2019 West African Senior School Certificate Examination (WASSCE) has died.

Chisom Chukwuneke, made straights A’s in the entrance exam and emerged the best student from her school, Graceland college in Enugu last year. She went on to win numerous academic awards in her school.

Chisom was reportedly sick and was already making a recovery before she died.

Her obituary reveals she died on October 18 in a hospital in South Africa. 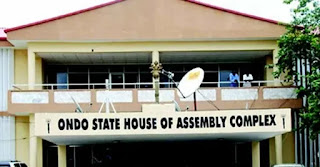 Iroju who Odigbo constituency 2 was impeached following the house resolutions led by the speaker, Rt. Hon. Bamidele Oloyelogun and was immediately replaced by Hon. Aderoboye.

Iroju was impeached on the ground of gross misconduct which has brought disrepute the hallowed chamber.

However, following the reconstitution of the House, Hon. Tomide Akinribido has been removed as the minority leader and replaced by Hon. Festus Akingbaso from PDP while Hon. Ogunmolasuyi is the new majority leader. Hon. Taofeek Oladele is now the new chief whip in replacement of Adeyemi Olayemi.

Governor Oluwarotimi Akeredolu will present to the State House of Assembly 2021 budget on Friday.

FEDERAL MINISTRY OF INFORMATION AND CULTURE

Office Of The Honourable Minister

RE: HOW A BLOODY NIGHT OF BULLETS QUASHED A YOUNG

Our attention has been drawn to an 'investigation' by CNN, entitled 'How a Bloody Night of Bullets Quashed a Young Protest Movement' and aired on 18 Nov. 2020, in which the international news organization said it had I l uncovered that Nigerian security forces opened fire on unarmed protesters" at the Lekki Toll Gate in Lagos, Nigeria, during the #EndSARS protest. 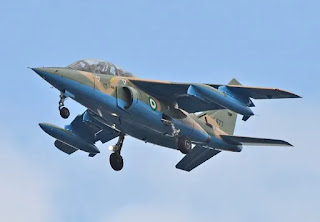 The Nigerian Air Force of Operation Lafiya Dole has knocked out an Islamic State of West Africa Province (ISWAP) logistics base and neutralized several of their fighters in air strikes conducted at Tumbun Rego on the fringes of Lake Chad in Borno State.

Enenche said, the mission was executed on 22 November 2020 on the heels of credible intelligence reports indicating that the location, with its makeshift structures camouflaged under dense vegetation, was being used by the terrorists as a hub for logistics items conveyed via the lake and its tributaries for onward transportation using trucks/ motorcycles.

"These were engaged in successive passes by the NAF attack aircraft resulting in the destruction of the terrorists’ structures as well as the  neutralization of several of their fighters" he said. 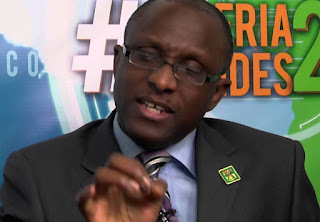 The Federal Government has proposed the exemption of minimum wage earners from the Personal Income Tax in the 2020 Finance Bill.

According to a statement by the Senior Special Assistant to the President on Media and Publicity, Office of the Vice President, Laolu Akande, the aim is to reduce the impact of inflation on Nigerians.

The statement said that President Muhammadu Buhari noted that the incentives in the proposed bill and various economic policies of the Federal Government would ensure the resilience of the Nigerian economy to exogenous shocks.

According to the statement, the President made these disclosures in his speech delivered virtually by Vice President Yemi Osinbajo, SAN, on Monday at the opening session of the 26th Nigerian Economic Summit Group Conference with the theme: “Building Partnerships for Resilience”.

“We are proposing in the new Finance Act that those who earn minimum wage should be exempted from paying income tax.

“These provisions which complement the tax breaks given to small businesses last year will not only further stimulate the economy, but are also a fulfillment of promises made to take steps to help reduce the cost of transportation and the impact of inflation on ordinary Nigerians,” President Buhari said.

Explaining the role of the private sector in building a resilient economy, President Buhari said, “this government has always emphasized that the private sector has a key role to play in our efforts to build a more resilient and competitive economy as expressed in the Economic Recovery and Growth Plan.

“Private companies in design, construction, logistics and finance are very much engaged in our infrastructural projects in power and rail as well as road and bridges and the installation of broadband infrastructure which is an essential requirement if Nigeria is to participate actively and benefit from the 4th Industrial Revolution.” 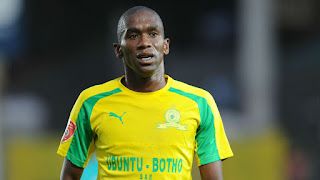 Tributes have been pouring in for the South African footballer, Anele Ngcongca, who died in a car accident in Kwazulu-Natal on Monday morning at the age of 33.

He died after moving from Mamelodi Sundowns club to AmaZulu.

In a joint statement, the clubs confirmed the tragic news.

Email ThisBlogThis!Share to TwitterShare to FacebookShare to Pinterest
Labels: Sport 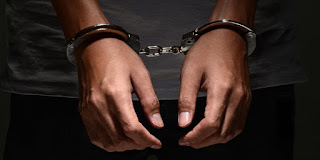 The absence of the prosecuting team from the Special Fraud Unit (SFU) of the Nigeria Police Force on Monday stalled the trial of eight staff and a businessman accused of stealing N451million from Dangote Sugar Refinery Ltd.

Email ThisBlogThis!Share to TwitterShare to FacebookShare to Pinterest
Labels: NEWS 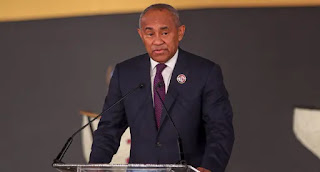 The head of African football Ahmad Ahmad has been suspended by FIFA for five years for corruption, the global governing body announced on Monday.

Ahmad, from Madagascar, has been president of the African Football Confederation (CAF) since March 2017 and was standing for re-election when FIFA banned him for “governance issues”.

In their statement, FIFA said Ahmad had “breached his duty of loyalty, offered gifts and other benefits, mismanaged funds and abused his position as the CAF President”. 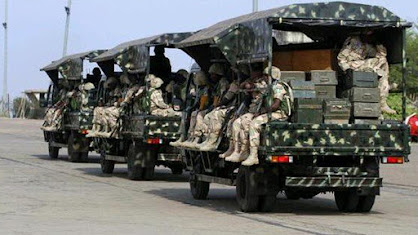 At least seven soldiers have been feared dead following a landmine ambush in the northern axis of Borno state on Saturday.

The ill-fated soldiers, who were on escort duty en route Baga, came upon the landmines planted by suspected Boko Haram members.

The insurgents followed up with heavy gunfire on the convoy.

The convoy consisted of truckloads of food heading to Baga town of Kukawa local government.

The food supplies were to be distributed to returning Internally Displayed Persons by Borno State Governor, Babagana Zulum.

Some of the civilians who escorted the food were natives of Baga living in Stadium IDP camp, Maiduguri.

Their relatives at the camp confirmed the attack to our reporter saying some of them were maimed in the explosion and have been evacuated from the scene of the attack to a hospital in Maiduguri.

Soldiers who survived the attack said the terrorists seized weapons and a gun truck.

Further investigation revealed that the attack was at Gazarwa village, a popular Boko Haram checkpoint after Gajiram, before Monguno.

Sources said seven corpses of soldiers and one of CJTF were seen on Sunday morning at Gajiram.

Military sources that took part in the evacuation of injured persons said they are being treated at the military hospital in Maiduguri.

The military is yet to comment on the incident.

But spokesperson to Governor Zulum, Isa Gusau confirmed that neither Zulum nor any component of his detail was part of the attacked convoy.

He said in a statement that the governor had successfully completed his mission in Baga, where he spent one night and returned to Maiduguri on Sunday.

While Gusau did not deny the attack, he advised newshounds to seek clarification from the military.

Total Pageviews( Thanks For Visiting)